Afghanistan Essay: What Makes It the Toughest Region to Conquer? 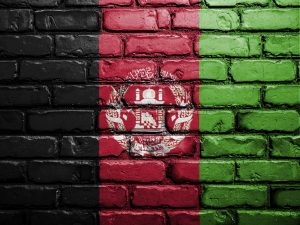 Known as the “Graveyard of Empires,” What Makes Afghanistan the Toughest Region to Conquer?

For centuries numerous empires have tried, unsuccessfully, to conquer the region now known as Afghanistan. Two of the most glaring examples of failure to capture the area are the Soviet invasion beginning in 1978 and the first and second British invasions of Afghanistan beginning in 1839 and 1878, respectively. There are many aspects of the region that have made it difficult for foreigners to conquer including the rough terrain and the financial burden of occupying the area.

Afghanistan is sheltered by a mountain range on the border of Pakistan which has helped to hinder intruding forces. “Its hardy terrain and climate and the successful guerilla tactics of local tribes have frustrated all major military operations by outsiders” (Frank, 5). The area is also prone to extreme temperatures, ranging from 120 °F to 15 °F and often changing greatly throughout a single day. The large temperature range combined with natural hazards like dust storms and hostile mountain ranges made the area difficult to navigate, especially for invading armies.

Occupation of any foreign land is costly to the occupant, but Afghanistan proved to be too costly to sustain for many empires. During the Soviet invasion of Afghanistan “it took ten years of grinding insurgency before Moscow finally withdrew, at the cost of millions of lives and billions of dollars” (The Soviet Invasion of Afghanistan and the U.S. Response, 1978–1980). Foreign troops were unfamiliar with the terrain and required outside support to sustain themselves and keep fighting, the cost of which was devastating to the Soviet Government, “…the war in Afghanistan was a key factor, though not the only cause, in the breakdown of the Soviet Union” (Reuveny and Parakash, 1)

The proximity between the invasion of Afghanistan and the downfall of the Soviet Union is only one example that gives credence to the belief that Afghanistan is “The Graveyard of Empires”. Because of geographical and economic factors, among others, Afghanistan remains a land that is extremely difficult for outside empires to conquer and occupy.

Frank, Lisa Tendrich. An Encyclopedia of American Women at War: From the Home Front to the Battlefields, Volume 1. N.p.: ABC-CLIO, 2013. Print.

If political science isn’t really your jam, creating a great Afghanistan essay can pose a big challenge. Education can be hard, but it doesn’t actually have to, and we are here to make it easier for you. You can use the sample Afghanistan essay provided above as a testimonial for your own paper, but remember that you need to cite the source properly in case you decide to quote something from the text above. Feel free to wander through our blog to find more awesome topic ideas, samples created by our experienced writers and overall useful writing advice.