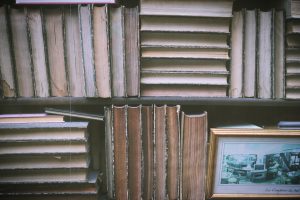 Thomas Paine was an English-born revolutionary and political activist who immigrated to the American Colonies in 1774. His book, Common Sense, was a major player in the creation of the American Revolution. His ideas on government contrasted drastically with the established monarchies of England and many are still in use today.

Paine believed that governments should let the people create and vote on their own laws. His idea of government was a democratic one; a government by the people and for the people. He believed that the monarchs of England were far too powerful and out of touch with what their people wanted and needed, especially when it came to their political holdings overseas, and that the colonies would benefit from declaring independence from Great Britain. Paine also believed that men were created on an equal plane, and that the monarchy system went against the natural social state of the human being and was therefore inherently unhealthy and should be abandoned (Paine, 7).

Paine’s ideas were immensely popular, and today we still see them at work in American society. Our system of government is based on some of Thomas Paine’s ideals; a democracy where all people have a right to vote on local and state laws and representatives, and even for the President of the United States. We, as a nation, threw off the shackles of monarchy and decided that all people are created equal, and that all should have access to certain inalienable rights.

Currently, we are still watching Paine’s ideas progress as societal and racial minorities continue their fight for equal rights and fair treatment in the United States. We have also tried to spread the ideals of American democracy overseas, toppling dictatorships in order to establish a fair system of government for the people of other nations (“Democracy & Governance”, USAID). As we progress, there is no doubt that the beliefs of Mr. Thomas Paine will continue to progress with us, as they have steadily done for over two hundred years.

Are you stuck with your political science essay? Check out this sample “Common Sense” analysis dedicated to a famous work by Thomas Paine. We hope it will help you come up with an idea for your own paper or inspire you to start writing. We remind you that you are allowed to use the provided “Common Sense” analysis only as a testimonial for your own paper since any unacknowledged usage will be considered as a violation of the author’s rights. Make sure you check other samples at our blog, even if they are not related to the topic you are writing on – all in all, you never know when inspiration will hit you.