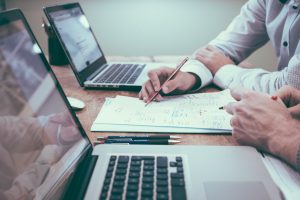 History of Science: Leibniz was a universal genius, but why is Isaac Newton more known?
Both Newton and Leibniz are regarded throughout the whole world as geniuses. Their utmost geniality has been portrayed through their work in science, mostly physics and mathematics, but also, especially in Leibniz’s way in philosophy.

Newton’s book “Mathematical Principles of Natural Philosophy” represents the foundation for classical mechanics. Newton’s also made several discoveries in the field of optics. Throughout his famous Principia he described the laws of motion and universal gravity.

Leibniz was a man who looked at the whole picture rather than a fragment of it. His various works cover many fields and must be regarded altogether. Leibniz is most known for the Law of Continuity, Transcendental Law of Homogeneity, then in the field of mechanical calculation. Leibniz was a sinophile, and through the understanding of the I Ching he formulated the binary calculus which represents an introduction to the binary code. He is also one of the most valuable personas in the modern philosophy.

But why is Newton more acknowledged then Leibniz? First of all, Newton was from England, and Leibniz was from Germany. That means that Newton’s work was more available to the outside world since English language is widespread then German.
Also, since Newton was backed by the London Royal Society, he has been portrayed in a better way. In an untimely and phenomenal book “What is Mathematics?” by Courant’s and Robbins’s (1941), they state that Newton is “by far the greater scientist” (Jenkins, A., 2015). Such a thing certainly contributed to the overall view of Newton.

The famous apple of Newton is one of the first stories we learn in school. Maybe the whole story of the apple made Newton that much acknowledged then Leibniz.

There are a lot of books that were written recently and that portrait Newton as a bad person, the very fact that Newton accused Leibniz of plagiarism in the famous calculus controversy also benefits this view of Newton. Newton had the utmost support of the London Royal Society in the dispute and at their present time he won the argument. Later on, this opinion has been changed with an explanation that both Newton and Leibniz contributed to the calculus in different ways. For me, Leibniz connected numbers and beliefs, maybe the world wasn’t ready for that, maybe it still isn’t.

Which character traits of Leibniz and Newton are similar and which are different? Why is one of the scientists more popular than the other? You can find out more at this free personality essay sample. We hope that this paper will inspire you to write your own essay and help you master the difficult art of academic writing. We remind you, however, that you are not allowed to copy this personality essay or any of its parts without proper acknowledgment. But we are confident that you won’t need to do so – we have plenty of helpful articles and sample papers, which will help you figure out how to write your very own A+ essay.