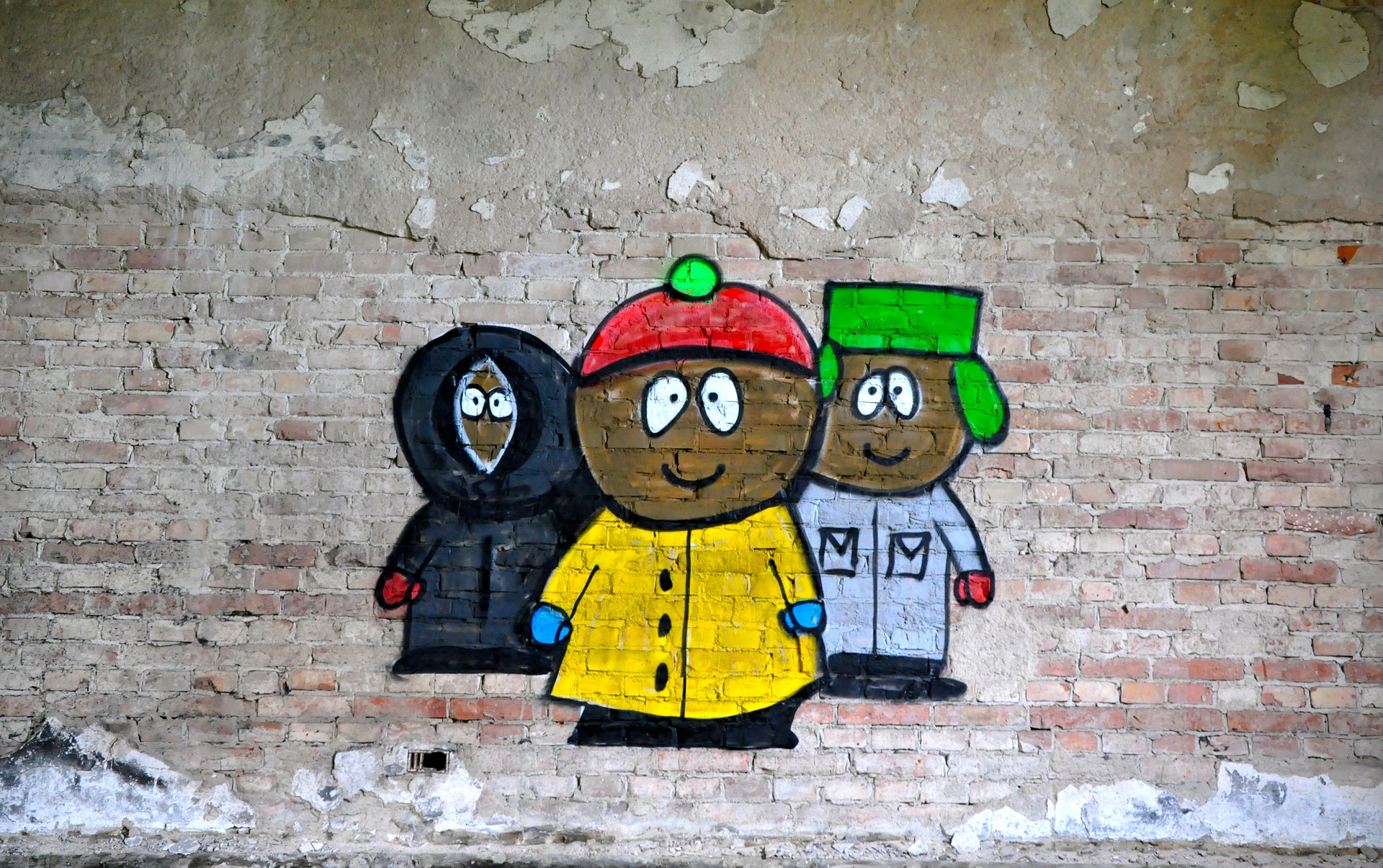 Photo by PublicDomainPictures from Pixabay

South Park displays absurdities ranging from violence, sexually explicit content and portrayal of renowned celebrities, to offensive pop-cultural references.  Although the show may seem like an average irrelevant cartoon, each plot has developed profound critiques on American pop-culture, magnifying controversial issues and stereotyping effects of mass media. The television series creators, Matt Stone and Trey Parker have openly admitted that they had initially produced the series as a catalyst to showcase and reflect their view on the modern world of American pop-culture and in effect, open the eyes of the typical American stereotype.

The offensive remarks made within South Park plays on comedy effects to portray and stereotype characters to showcase the reality of the negative American culture. An example of this resides from “Big Gay Al’s Boat Ride”. The character, Gay Al is the upmost offensive stereotype. However, it is the behaviour of the adults in this episode that imitate homosexual views in the American culture. The third grade teacher, Mr. Garrison, states that “Gays are evil”, along with Cartman’s mother, saying “God hates gays”. (South Park “Big Gay Al’s Boat Ride”, 1997) While many viewers would view this as absurdist humour, the basis of the humour resides from the unfortunate views on homosexuality in the American culture.

The creators of South Park began developing characters to generate bigger roles and created various plots as parables in the basis of religion, politics and other sensitive topics. To extend the inclusion of controversial issues, Parker and Stone gave the show summaries involving censorship in media, commercialization of Hollywood and excessive effects of mass media press to use as a foundation of magnifying the effects of mass media in American culture. In South Park: bigger, longer, and uncut, a campaign in opposition to ‘toilet’ humour used on Terrance & Phillip becomes uncontainable, leading to a war involving the United States and Canada, where people lose their lives because of inappropriate language. (South Park: bigger, longer, and uncut, 1999.) According to Parker and Stone, the episode was to express to viewers that they should not be concerned on the words that society speaks, however it is the unspoken values that should be critiqued (VH1).

South Park plays on comedy to stereotype characters and shows the reality of negative American culture. “Big Gay Al’s Boat Ride” is an example, as the behaviour of the adults imitates homosexual views in the American culture. To extend controversial issues, the show involved censorship in media to magnifying the effects of mass media. In South Park: bigger, longer, and uncut, they express to viewers not be concerned on the words that society speaks, but the unspoken values being portrayed. South Park displays absurdities that have developed insightful critiques on American culture, magnifying issues and stereotyping effects of mass media. Stone and Trey Parker have even admitted that they produced the series to reflect their view of American culture.

Check out our South Park essay sample to get a better idea of how such essays should be written. We remind you that this sample essay, as long as other papers posted at our blog, are for reading only. You are not allowed to copy or cite information presented here without proper acknowledgments. If you need help with your South Park essay, check out other samples and articles with writing advice at our blog. We strive to collect every bit of information on writing to help students all over the world deal with their academic struggles. We make academic writing easy!